Musk announced that he will remove Twitter's character limit 'soon' this morning while responding to an 82 tweet-long thread. Users are currently restricted to tweets of 280 characters.

Shared power curbs the worst excesses of both parties, therefore I recommend voting for a Republican Congress, given that the Presidency is Democratic.

ELON MUSK TWEETS OUT "THE TRUTH" ABOUT PAUL PELOSI & HIS B-- T--. NOW IT'S DISAPPEARED. I FOUND IT! - YouTube

Elon Musk on Sunday responded to a tweet by Hillary Clinton tying an assault on Paul Pelosi to Republican rhetoric by espousing a conspiracy theory surrounding the circumstances of the incident. A 42-year-old man allegedly broke into the San Francisco home of Speaker Nancy Pelosi (D-Calif.) and her ..

Elon Musk sent out his first tweet after his acquisition of Twitter Inc. reportedly closed, stating that "the bird is freed," referring to the social network's bird logo. Musk has made no other statements since a number of media outlets cited sources claiming he is now in charge of the company.

According to people familiar with the matter, Musk fired Twitter's CEO Parag Agrawal and CFO Ned Segal, as well as the Legal, Policy and Trust Lead Vijaya Gadde, who was responsible for banning former United States President Donald Trump from the platform. Trump congratulated Musk on the purchase and said he "has been told" that his account will be reinstated on Monday. #FreeSpeech

The rapper, 45, has found himself in hot water following his controversial Paris Fashion Week show where he showcased a White Lives Matter shirt - before making a swipe at the Jewish community.

The government and members of the establishment press has refused to condemn this vile and dangerous language. A member of the Parliamentary Press Gallery

John Burke @johnburke
09 September, 10:52
'I Knew This Was Coming': Doocy Corners WH Press Sec Over Her Tweets on 2016 Election via WestJournalism https://www.westernjournal...

'I Knew This Was Coming': Doocy Corners WH Press Sec Over Her Tweets on 2016 Election

Jean-Pierre tried to draw a distinction between her and other Democrats who denied the 2016 presidential results and MAGA Republicans.

- 70+ tweets about Trump btwn endorsement and primary, none since then
- No new ads feat. Trump vs. tons during primary
- Scrubbed Trump from social media profiles/website home page
🤡💩 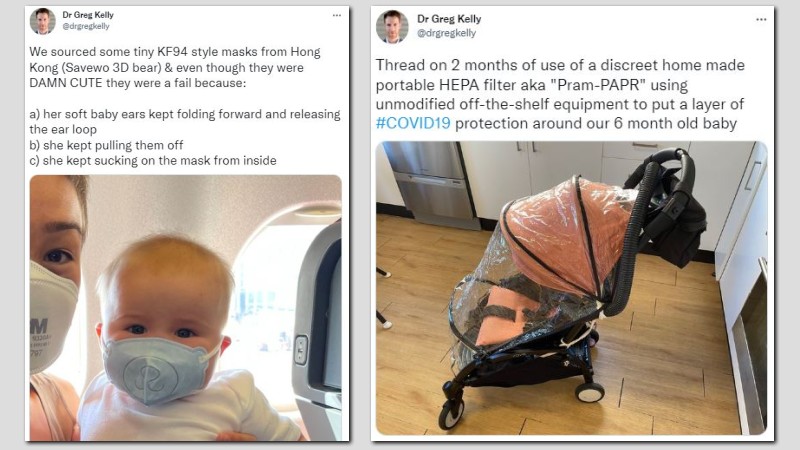 "We will definitely be getting our baby VAXED TO THE MAX ASAP."