This is NOT Nino's Channel. Please Support Ninoscorner.tv and subscribe for less than a Large Starbuck's Coffee. I only copy and share this on my channel to get the word out. Also Subscribe to Nino's

The turnover of records was temporarily paused by the high court due to Ward appealing the decision, arguing that her First Amendment rights would be impaired if the probe found out to whom she spoke with while challenging Donald Trump's 2020 presidential election defeat.

The committee will therefore be able to look through Ward's phone records for calls made from November 2020 through January 2021.
ıllıllı lobello ıllıllı

This Isn’t #government , This Is A #Death Cult! If This Is NOT A Provocation to War, What Is It? https://sonsoflibertymedia...

Contenders Edge @ContendersEdge
13 October, 02:36
It is now up to the states to grant personhood rights to the unborn. SCOTUS may have overturned Roe .v. Wade, but they are not ready to decide whether or not an unborn child has the same rights as born persons.
https://www.washingtonexam...

SCOTUS vacated the case and directed it for reconsideration by the U.S. Court of Appeals for the First Circuit.

Jeff Hertzog @jeffhertzog
28 September, 02:21
Man who won landmark #SecondAmendment Case at #SCOTUS gets another big win in the District of Criminals #WashingtonDC - https://www.naturalnews.co...

The namesake of a landmark U.S. Supreme Court case upholding the contextual meaning of the Second Amendment has won another major pro-gun rights case in Washington, D.C. "This marks the second time in under a year that the local government in the nation’s capital city has been forced to amen

Supreme Court review will be a victory for conservatism, as the majority can discard evolving standards and return to the First Amendment. 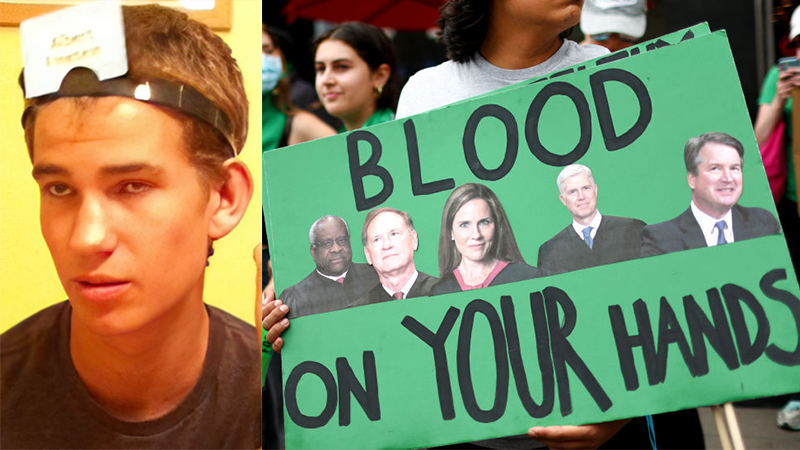 "I could get at least one, which would change the votes for decades to come"

Jeff Hertzog @jeffhertzog
24 July, 10:55
#DoNotComply – you ALL need to make this clear to #JoeBiden , #Globalists , Kongress #Congress & #SCOTUS also the #media such as #FOXNEWS #fchucktodd etc, that do NOT comply & will NOT obey #Communist #Fascist #Unconstitutional #Mandates and BACK OFF!
# WHO declares #MonkeyPox a #Global public health “emergency” – they have NO right or authority to do anything at us! YOU GIVE ONCE INCH, KISS AMERICA GOOD BYE!
#finalcallamerica #wakeupamerica - https://www.npr.org/2022/0...