zoltan 4C™ @lobello
30 November, 03:55
🇷🇺 Russian Foreign Minister Sergey Lavrov underscored on Wednesday, during a meeting with participants in the Dialogue for the Future scientific and educational program, that nuclear powers must avoid any military clashes, even with "conventional armaments."

"Escalation can become uncontrollable," Lavrov highlighted. The foreign minister further stated that Ukraine is "literally being pushed to continue the war being waged by the West against the Russian Federation."

EARLIER, MOSCOW OFFICIALS ACCUSED THE EUROPEAN UNION OF COMPLYING TOO MUCH WITH THE UNITED STATES POLICIES, WHILE ALSO ADDING THAT NATO'S AGENDA IS TO "DEMONIZE RUSSIA."
━━━━━━━━━━━━━━━
ıllıllı ʟօɮɛʟʟօ ıllıllı

Matt Shea @MattShea
15 November, 08:55
Medvedev says, following the retreat from Kherson, that: "everything will return home, to the Russian Federation."

Contenders Edge @ContendersEdge
06 November, 10:28
After doing some research, it appears that this may be fake news. There is no substantive documentation to suggest that Alaska, or any part of Alaska is planning to join the Russian federation.
https://earlybulletins.new...

Several months ago, it was reported by Newsweek that a member of the Russian government DID encourage the people of Alaska to hold a referendum on whether or not to join the Russian Federation,
https://www.newsweek.com/a...

but no such referendum is known to be on any electoral ballot in Alaska local or statewide.

VIDEO: President Of Mexican Hunting Federation Shoots At Buffalo. Then It Gores Him To Death. | The Daily Wire

gALTin DaBox @TODAYonCFN
15 September, 08:20
POSTS On This Colonial Federation Network channel are brought to you by the grace and Word of God, and the Second Amendment - because expecting the Constitution to enforce itself doesn’t freaking work!

Jeff Hertzog @jeffhertzog
23 June, 04:01
#Ukraine Has Lost This War: Top Army Colonel Says West ‘Doubling Down on Failure’
#Russia controls territory responsible for 80% of Ukraine's gross domestic product and is now preparing to annex it into the Federation, according to Ret. Col. Douglas MacGregor. https://www.newswars.com/u...

The Nostalgic, Neo-imperial Rush of Reconstituting the Long-lost Commonwealth Through Poland’s Recent Merger With Ukraine Into a De Facto Confederation Proved to Be Short-lived After Warsaw Suddenly Realized That It Can’t Indefinitely Fund Kiev and Its Refugees. | https://bit.ly/3Nn1YXA

Poland Suddenly Realized That It Can’t Indefinitely Fund Ukraine & Its Refugees The irony is that while Poland sought to colonize Ukraine, it was Poland itself that was just further colonized by the EU. ANDREW [...]

Jeff Hertzog @jeffhertzog
22 May, 08:07
MUST READ! #VladimirPutin & The #Russian #ForeignAffairs Ministry Permanently Bans #JoeBiden #KamalaHarris #HunterBiden #Hillary #soros (963 Americans who are permanently barred from setting foot in the Russian Federation.) From Entering #Russia
211 of #Republicans in the #HouseofRepresentatives and Senate — as well as 224 #Democratic members of both congressional chambers, are on the ban list. https://valiantnews.com/20... 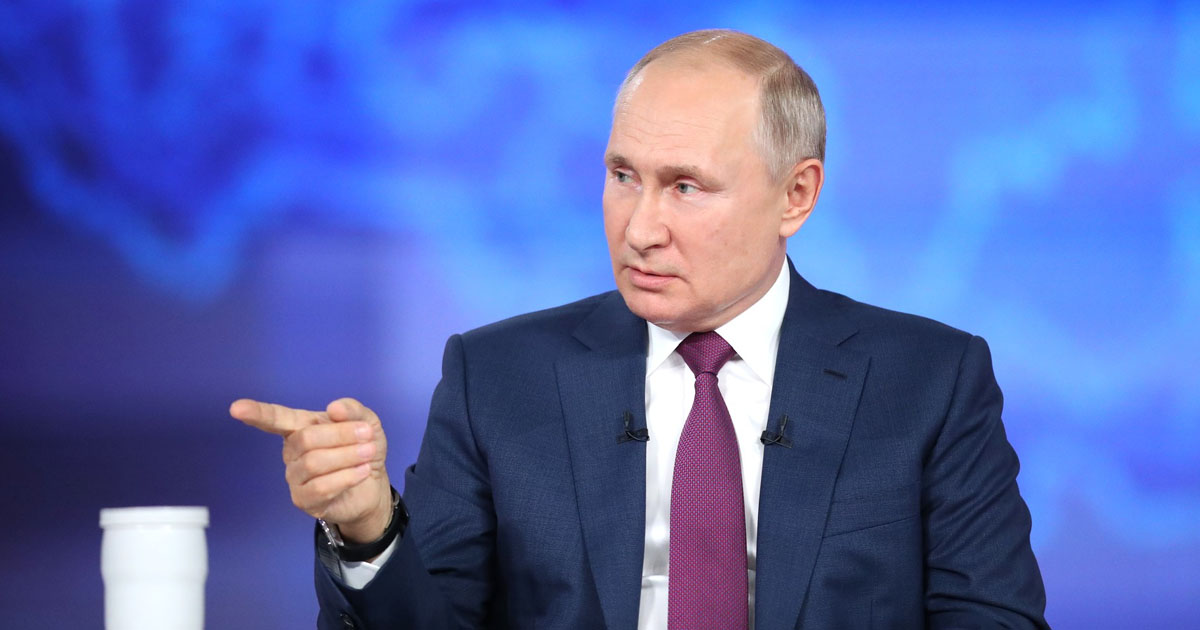 Russia's Foreign Ministry states "Russian counter-sanctions are of a forced nature and are aimed at forcing the ruling American regime to change its behavior.”

The EU condemned the expulsion of its diplomats later on Friday.
“The European Union deplores the unjustified, baseless decision of the Russian Federation to expel 18 members of the Delegation of the European Union to the Russian Federation. The EU diplomats in question exercise their functions in the framework of and in full respect for the Vienna Convention on Diplomatic Relations,” Peter Stano, lead spokesperson for the external affairs of the EU, said in a statement. | https://bit.ly/3uKpwyM 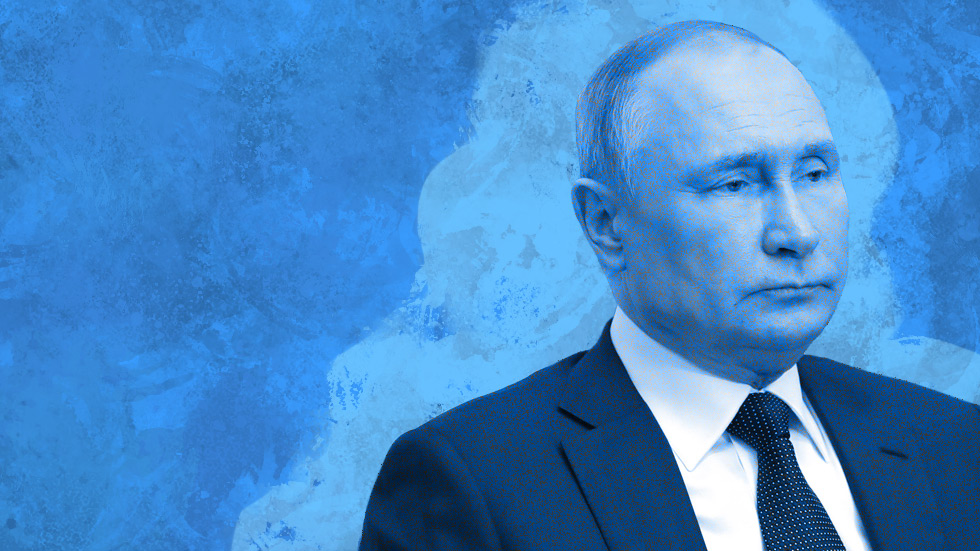 Russia ramped up its diplomatic expulsions on Friday, announcing that 18 European Union diplomats would be considered “persona non grata” in the country. The Russian Ministry of Foreign Affairs alleged in a statement that it was taking such measures after 19 Russian diplomats to the EU and European ..

zoltan 4C™ @lobello
06 April, 08:23
#Russia
🇷🇺 Dmitry Medvedev, Russia’s former president who now serves as the deputy chairman of Russia’s security council, on Friday warned on social media that the Russian Federation—in retaliation for unprecedented sanctions imposed by the EU, UK, and North America over its invasion of Ukraine—will stop supplying its vital food and agricultural resources to the country’s political adversaries.
https://bit.ly/3jfSTCs

Russia: Critical Food Exports to be Limited to ‘Friendly’ Countries Only – The European Conservative 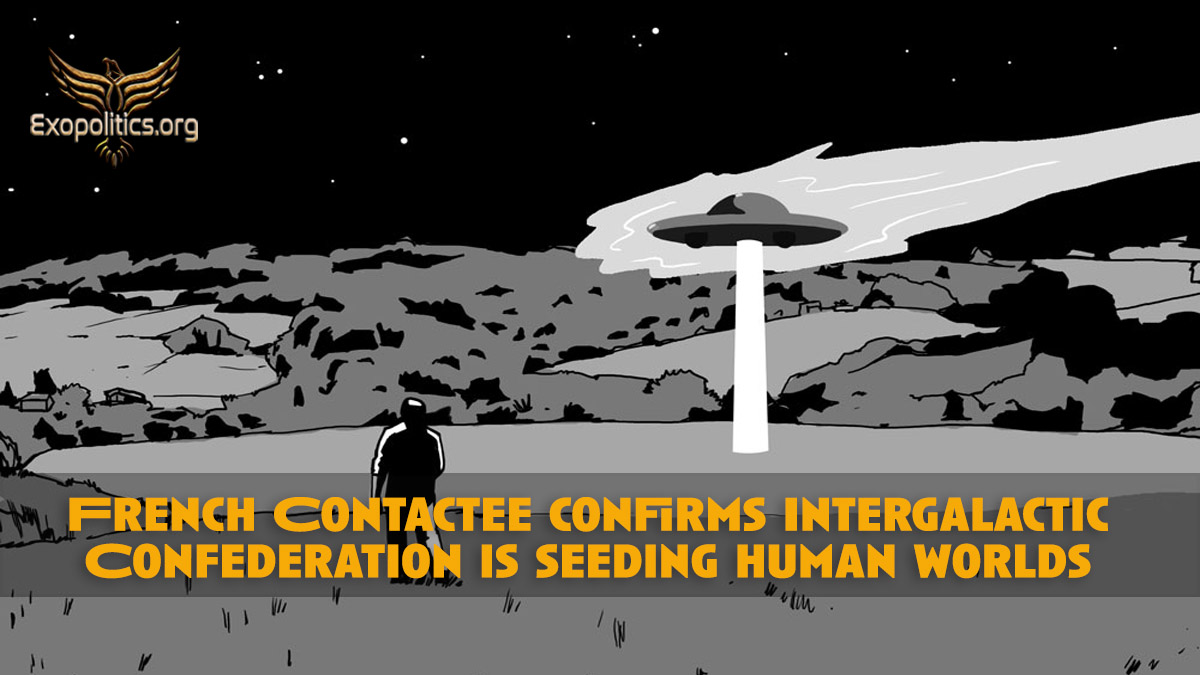 Marian Kamp @WWG1WGA
07 March, 07:55
"Statements of the Russian Federation on the alleged development of biological weapons in Ukraine should be regarded as misinformation and provocation - Ministry of Foreign Affairs of Ukraine"

"Russia's statements on the alleged development of biological weapons in Ukraine should be regarded as misinformation and provocation, the Ministry of Foreign Affairs of Ukraine said."

"Russia's public statements on the alleged development of biological weapons in Ukraine should be seen as misinformation and provocation. Ukraine calls on the international community to increase pressure on Russia to force it to comply with international obligations, including the Biological Weapons Convention, and not create additional risks related to biological agents,' the Ukrainian For "The ministry noted that the Ukrainian Ministry of Health denies information on 'an emergency cleanup of traces of a military biological program funded by the U.S. Department of Defense' and 'destruction of particularly dangerous pathogens'"

"Kiev, March 7. /TAS/. Ukraine is not engaged in the development of biological weapons. This statement was made on Monday by the country's Foreign Ministry, in response to the statement of the Russian Federation."

"Military Operation in Ukraine.
The Foreign Ministry noted in a post on Facebook that the Ukrainian Ministry of Health denies information about "an emergency cleanup of the traces of a military biological program financed b
Sponsored by Twellit Admin
04 August, 07:44